Yesterday was the last day of the 2014 Dew Tour Mountain Competition in Breckenridge. The event included men's and women's ski and snowboard superpipe and slopestyle events as well as an evening streetstyle event downtown on a collection of street features under the lights on Washington Street. I did watch two on-mountain events as well as the streetstyle one, the women's and men's snowboard superpipe finals.

I was especially impressed by 14-year-old Chloe Kim, who took second place in the women's event, only a half point behind Olympic gold medal winner and veteran snowboarder Kelly Clark, who took first. I'm sure Chloe Kim will be one to watch in the 2018 Winter Olympics. I was pleased as punch when she agreed to pose for a photo with me right after she nailed her second place run (see below). Below that is a photo of the top three women in the event on the podium (from left to right), Chloe Kim, second, Kelly Clark, first, and Arielle Gold, third. 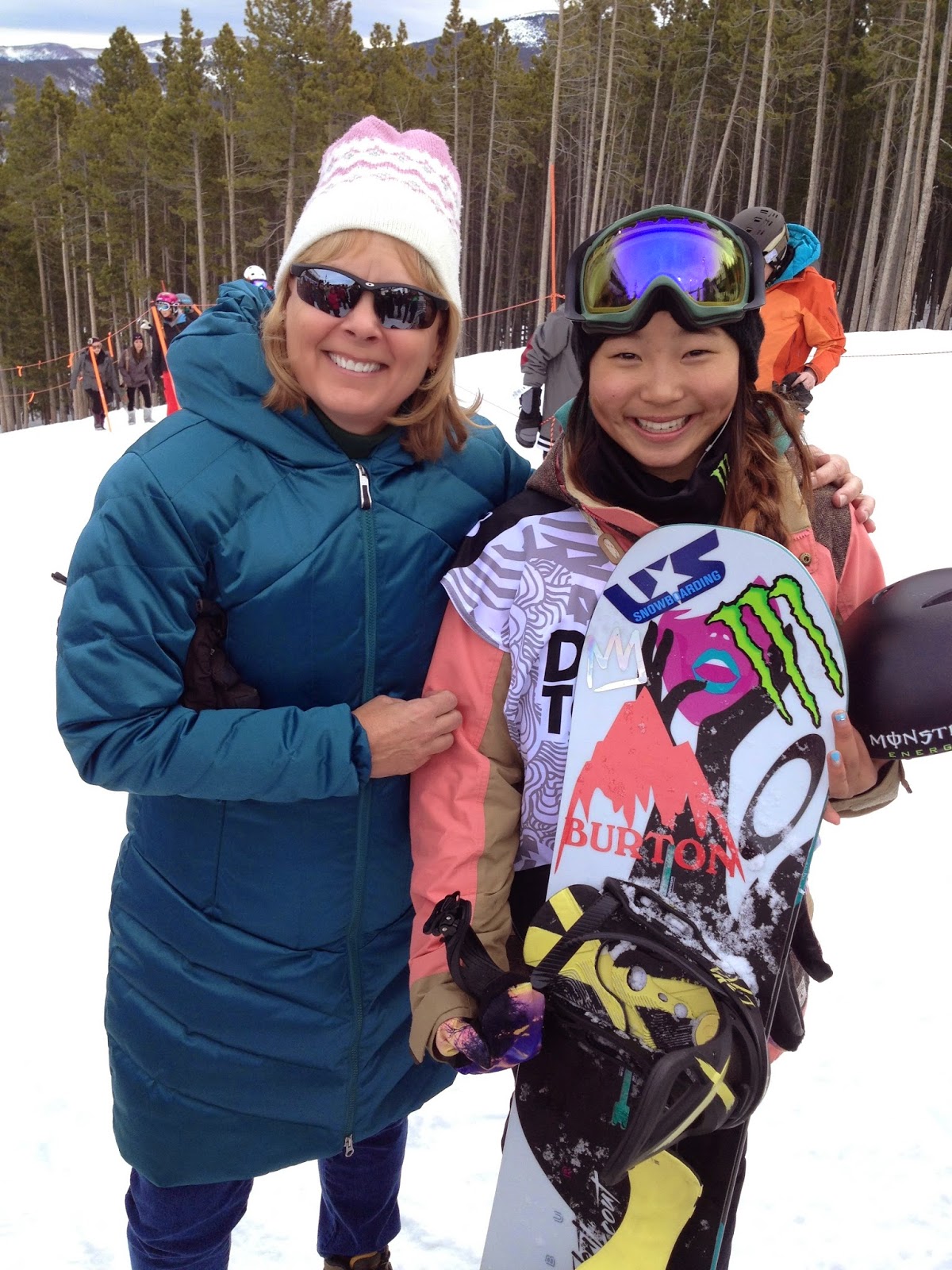 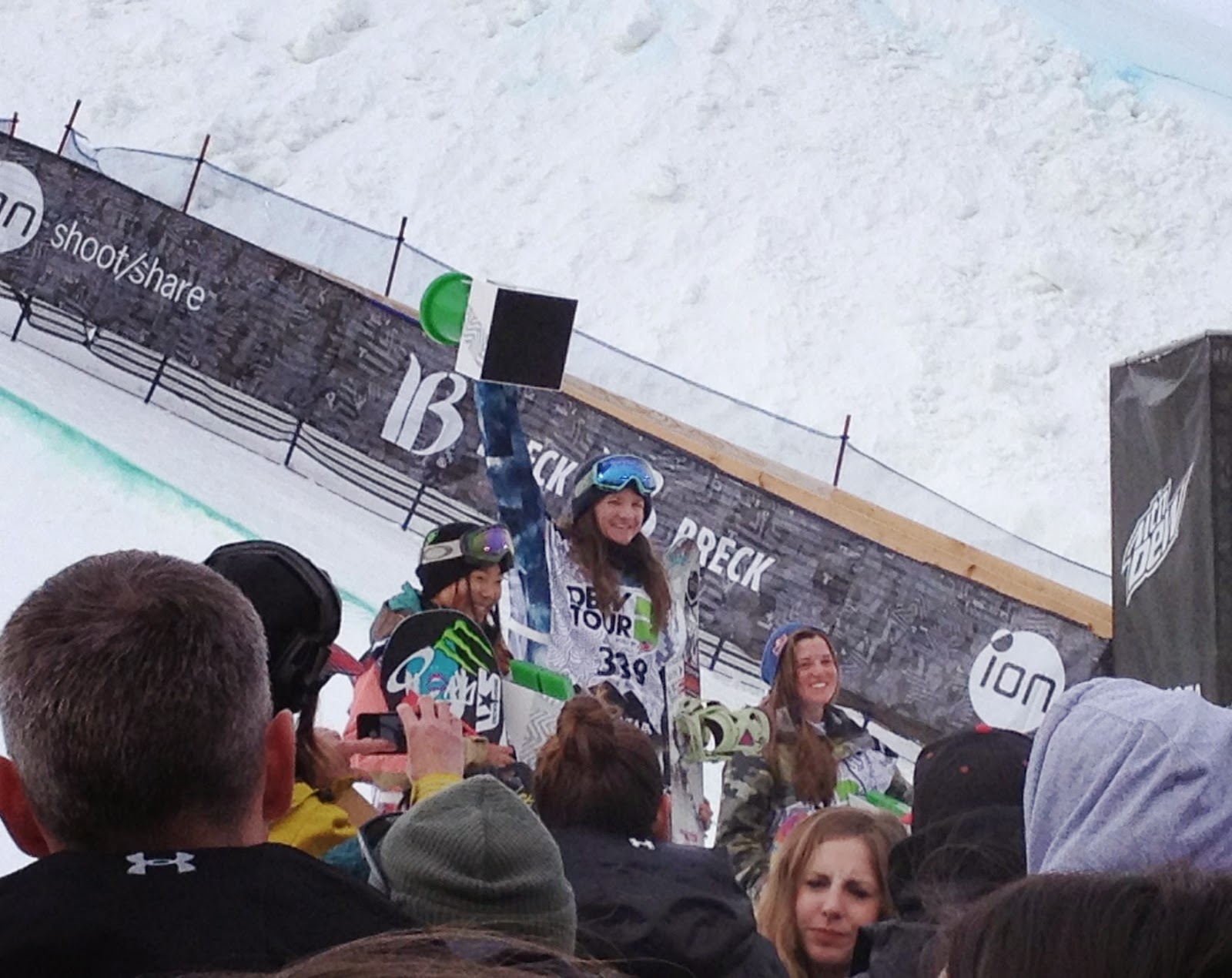 For more information about the event, go to the Dew Tour website. Here's the link for the women's snowboard superpipe event.
Posted by Beth Groundwater at 12:13 PM 1 comment: