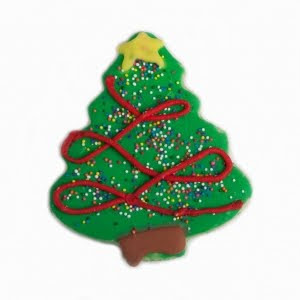 I want to wish all of my readers and friends a very happy holiday season spent with those you love and full of health and good cheer. I, my husband, and two grown children will be spending Christmas with my side of the family in Virginia. And I have lots of gifts that I bought during our recent temple photo safari in Cambodia and Myanmar to distribute!

May the new year fulfill your wishes and bring you joy, and if you're a writer, may it bring you book contracts and huge sales numbers.
Posted by Beth Groundwater at 6:00 AM 2 comments:

Today I want to share some of my favorite non-mystery-related blogs that I follow and to ask my blog readers to share theirs. We all could use a little more variety and spice in our lives, right? So, here goes.

Given that my son is studying to be a pastry chef, I have a natural interest in that area. So, one of the blogs I frequently check, for its humor, too, is Cake Wreaks, with photos of decorated cakes gone wrong, very wrong. It's always good for a laugh.

And being a chocoholic, how could I resist the yummy recipes posted by Janet Randolph on her Dying For Chocolate blog?

And what goes better with cake and chocolate than a good-tasting wine? At the Good Wine Under $20 blog, I find ideas for new inexpensive wines to sip and savor.

Not all of my interests outside of writing revolve around food and drink. I love to enter sweepstakes and get something for nothing, so I often check the local Colorado Springs Giveaways blog. If the daily contest is for something I'd like, I enter.

Then there's the blog that my niece who is an exchange student is Italy is maintaining, but that's for friends and family only.

Travel Can Make You Grateful

Today at Inkspot, the blog for Midnight Ink mystery authors, I blogged about how a recent trip to Southeast Asia made me feel grateful for my blessings and opened my eyes to the suffering of landmine victims. I hope you'll read it!
Posted by Beth Groundwater at 6:30 AM 4 comments:

I am a long-time member of the Sisters in Crime Guppies on-line chapter. While Guppies stands for "The Great Unpublished," many of us who have become published mystery authors remain in the group because of the close friendships we've made there. As such, I participated in the Guppies anthology project, submitting a short story to be judged and considered along with 39 other Guppies.

Twenty of the forty submitted short stories were selected, along with mine, and two more stories by published Guppies were added, to make a total of 22 stories. Those 22 stories were professionally edited, then we began the long process of querying publishers to publish the anthology for us. Recently the Guppies treasurer signed a contract with Wildside Press to publish the anthology sometime in the next twelve months. Needless to say, the chapter is celebrating!

The anthology, titled Fish Tales, has a theme of stories related to fish and/or bodies of water, and of course they all are mysteries. Mine, titled "Fatal Fish Flop" begins with the line, "The guppies killed him". How could I choose any other? ;-) The other stories to be featured in the anthology are listed below. I know many of these talented writers personally, and I can say that this is going to be a stellar collection!

Congratulations to all of the Guppies writers whose short stories are included in the anthology, and I hope my blog readers will put Fish Tales on their to-read lists. I'll keep you posted on developments and let you know when the release date will be.
Posted by Beth Groundwater at 11:11 AM 5 comments:

Writing "How To" Books I Recommend

Today I want to discuss books about writing that have been useful to me in my career and may be useful to other fiction writers. Here's my list:

Bird by Bird by Anne Lamott - This book gave me the encouragement and motivation I needed to write my first novel-length manuscript page-by-page. If you need some inspiration, this is the book for you.

How to Write a Damn Good Mystery by James Frey - An easy to read explanation of the basic elements of plot, character, setting, clues and red herrings, and all the other building blocks that make up a damn good mystery.

The Writer's Journey by Christopher Vogler - This book teaches the basic structure of stories, from campfire tales and oral legends to movies and modern fiction. It is based on Joseph Campbell's theory of myth and how human brains are wired to understand a certain story structure.

Techniques of the Selling Writer by Dwight Swain - This is the "Bible" many fiction writers swear by and can be as ponderous and difficult to understand sometimes as the actual Bible. However, it's chock full of useful advice, especially regarding the structuring of scenes, so I highly recommend it as an advanced text to gradually work your way through after you've been dabbling with fiction for awhile.

Writing the Fiction Synopsis by Pam McCutcheon - You can't sell your novel manuscript without being able to write a synopsis of the whole story in a few pages. This is usually the most difficult task fiction writers tackle, and we all grumble about it. Pam's book gives clear guidelines for how to write this essential sales document, and I re-read it every time I need to write one.

10 Steps to Creating Memorable Characters by Viders, Storey, Gorman and Martinez - This workbook contains forms, checklists, and exercises that help you dig deep to define three-dimensional characters that readers can fall in love with while reading your fiction.

Writing the Breakout Novel Workbook by Donald Maass - A companion to this literary agent's book of the same title, this workbook shows the experienced fiction writer how to "kick it up a notch" with worksheets and forms to make sure your novel contains all the elements of best-selling fiction.

Quite a few fellow writers plugged their own favorite writing "how to" books in the comments on that post, so if you're looking for some writing craft books, you may want to go back and read those comments. I still find these books useful, but the best training for writing is to sit down and do it, then show it to other writers in a critique groups and discuss how to improve it.

There's no substitute for "hands-on" practice. There's an old saying that you have to write a million bad words before the good ones start coming out. I don't know if it has to be exactly that amount for everyone, but you do need to write a lot, and you have to be willing to throw away that "practice writing" and start on something new. So, get writing!
Posted by Beth Groundwater at 7:00 AM 4 comments:

Labels: craft of writing, writing how to

Another Golden Oldie: Analyzing My Blog

I visited Joanna Campbell Slan's blog today at Joanna's 4-1-09 post and read how she analyzed all the blogs she participates in with the Blog Typeanalyzer (Blog Typeanalyzer) which uses concepts from the Myers-Briggs personality test to analyze the writing style in a blog. The concept is that the writing style reflects the persona used by the blogger in writing the posts.

My blog type came up as:

The active and playful type. They are especially attuned to people and things around them and often full of energy, talking, joking and engaging in physical out-door activities.

The Doers are happiest with action-filled work which craves their full attention and focus. They might be very impulsive and more keen on starting something new than following it through. They might have a problem with sitting still or remaining inactive for any period of time."

It's probably a fairly good assessment of me, too. I'm happiest when I have a super-long to-do list, like now when I'm planning a virtual tour in May and an actual road tour in June for the release of my second mystery, To Hell in a Handbasket. I do stay physically active, though. However, one thing didn't fit. I am a closure seeker, and when I start something, I follow it through to the end.

I ran my blog through the analyzer again, to see if more recent posts still fit "The Doer" personality, and they do. It's nice to know I'm consistent. And that's what I'm busy at on my vacation, doing things that my husband and I have dreamed of doing. Those things required that we get some shots, down malaria pills, and take the risk of being subjected to TSA searches, but we think it's worth it. Sometimes you have to make that leap and try something totally new.

And the same thing applies to your writing life. To keep it fresh, you sometimes have to stretch and do something new and different. Have you done anything new or risky lately?
Posted by Beth Groundwater at 7:00 AM 3 comments:

A "Golden Oldie" and Update while vacationing

I'm on a fabulous trip-of-a-lifetime adventure right now (which I will blog about after my return), and while I'm gone, I'm going to follow my vacation tradition of pre-scheduling some Golden Oldie posts I made previously to my blog and giving an update with each one. I won't be able to respond to your comments until I return (there's very limited Internet where I am), but I hope you'll let me know what you think anyway so I can read your comments and respond when I return. So, here's the first Golden Oldie from February, 2009:

Even Published Authors Get Rejections

My literary agent is still trying to place my whitewater river ranger mystery series with publishers, but given the current economic climate, it's been a very tough uphill climb. We just received a rejection from one editor who said:

"There’s a lot of good writing here but unfortunately given the economic climate that we are faced with I fear that this book would fall into mid-list hell."

A few weeks ago, another editor said:

"The concept for this series is fabulous and I thoroughly enjoyed reading the manuscript. Unfortunately, however, I'm going to pass."

When you are SOOOO close, the rejections seem to hurt even more. I have faith that the series will find a home, though, eventually. I had so much fun writing the first one, and I'm looking forward to writing more. This character is just itching to find another dead body. :)

My agent did sell that series, a two-book contract, in fact, and the first one, Deadly Currents, will be released by Midnight Ink in March of next year. I've turned in the second book (so my river ranger Mandy Tanner DID find another dead body!) and I'm awaiting my editor's feedback on it. The lesson learned? Never give up! And another lesson is to find the best literary agent possible, who will work like a bulldog to place your work. I thank my lucky stars that I have mine every day!

Do you have a perseverance story to share? I'd love to read it, and I'm sure my other blog readers would, too. We all need those success stories to keep us motivated.
Posted by Beth Groundwater at 7:00 AM 5 comments: