An Interview with Lorie Ham

Quite some time ago, in fact almost a year ago, I answered some interview questions from Lorie Ham, who runs the No Name Cafe website. She just posted the interview on her website at: http://www.lorieham.com/groundwater.html
Feel free to take a gander and find out why I love to write, my rejection and first sale experiences, and who my favorite bookstore signing greeter is.
Posted by Beth Groundwater at 11:14 AM No comments: 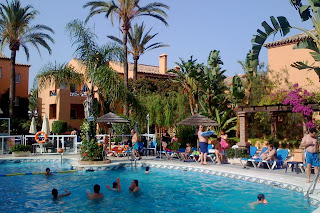 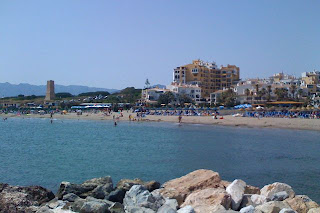 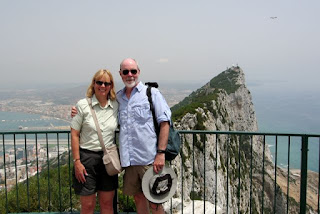 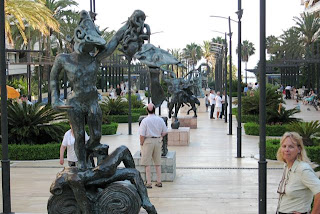 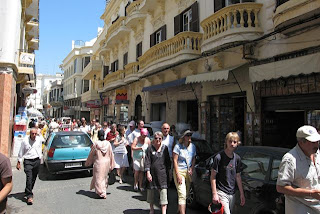 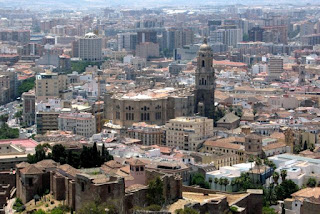 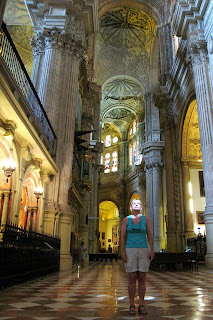 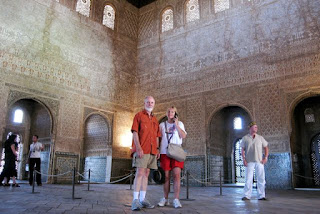 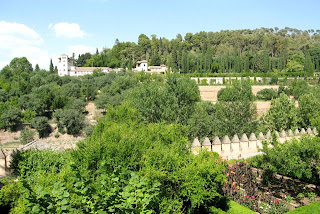 The first photo is of our resort in Costa Mijas, and the second is of the beach nearby. The third photo shows my husband and me on the rock of Gibraltar. The fourth is of the Salvador Dali sculptures in Marbella. The fifth shows our day-tour group in Tangier. The sixth shows the old town of Malaga as viewed from the Alcazaba, and the seventh shows me inside the cathedral pictured in the sixth photo. The eighth photo shows us in one of the Palacio Nazaries in the Alhambra, and the last photo shows the gardens and summer palace of the Alhambra.
Posted by Beth Groundwater at 7:47 PM No comments: 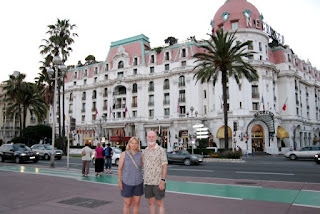 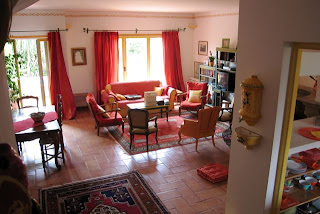 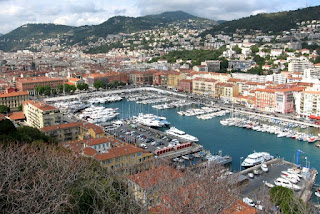 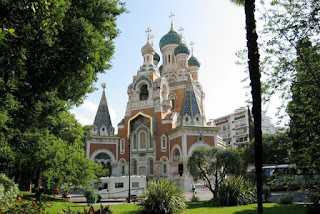 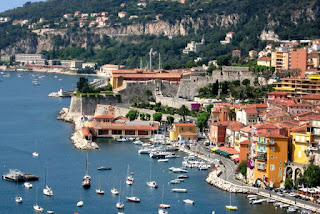 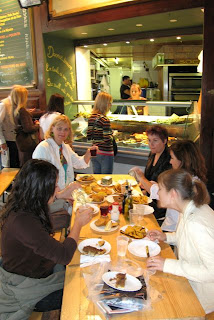 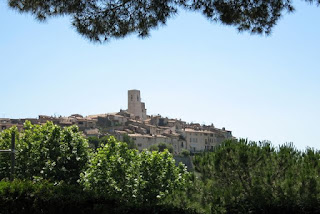 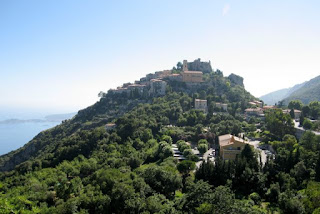 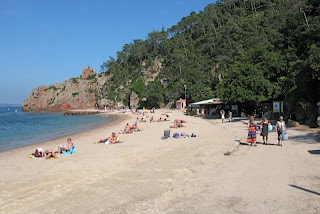 The first photo shows my husband and me on the Promenade des Anglais in Nice. The second is of my friend Veronique's home, and the third is of the port of Nice. The fourth shows the Russian Orthodox cathedral in Nice, and the fifth is of Villefranche. The sixth photo is of us eating socca, etc. in Old Town Nice. The seventh photo shows the village of St. Paul de Vence, and the eighth shows the village of Eze. The last photo is of the beach in Cannes.
Posted by Beth Groundwater at 7:34 PM No comments: 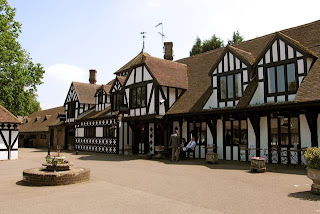 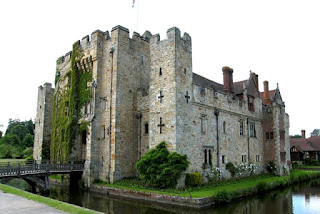 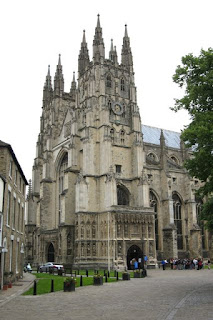 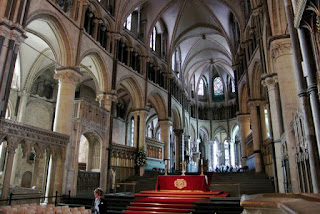 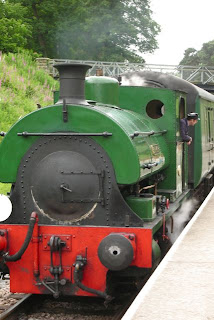 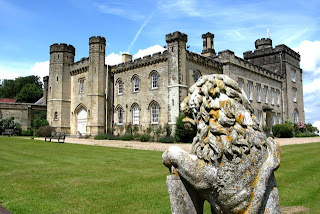 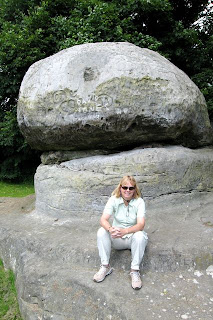 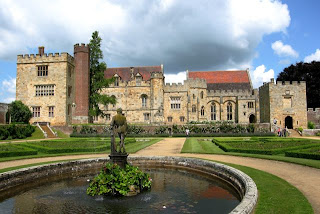 The first photo is Hever Hotel, where we stayed, and the second is Hever Castle. The third and fourth photos are outside and inside shots of the Canterbury Cathedral. The fifth photo is the Spa Valley steam train. The sixth is Chiddingstone Castle, and the seventh is me sitting on the chiding stone. The last photo is of Penshurst Place.
Posted by Beth Groundwater at 7:23 PM No comments:

Due to popular request, I'm posting a summary of my husband's and my three-week trip to Europe this summer. I hope to add photos soon.

After a red-eye flight, we arrived in the early afternoon on June 8 at our studio room with a hot pot and small fridge in the Hever Hotel in Kent, England, which was constructed out of the farm stables and cottages supporting nearby Hever Castle, home of the beheaded wife of King Henry VIII, Anne Boleyn. From that base, we could walk to many nearby attractions: 2.5 miles west on our first full day to the town of Edenbridge to get tourist information and buy groceries and lug them back, 1 mile south to Hever Castle and its formal gardens, 2 miles east to the National Historic Trust village of Chiddingstone (named after the huge stone where nagging wives and doers of misdeeds were chided in public) and nearby Chiddingstone Castle, and 1 mile north to the Wheatsheaf Pub and its bus stop.

On one day we took the bus to the town of Royal Tunbridge Wells, where we rode the short Spa Valley Railroad steam train (along with a gaggle of preschoolers and parents on a field trip) to Groombridge Place and toured its gardens and enchanted forest before returning on the train to RTW and touring the Pantiles historic shopping district. Another day the bus took us to Penshurst Place, a 650 year old castle which has been owned by the Sidney family for 19 generations, one of whom founded Hampden-Sydney College in Virginia. Mid-week we shared the hire of a van and driver with three Canadian ladies to drive to Canterbury and tour its famous magnificent cathedral, the underground Roman Museum, and High Street.

Food was very expensive in England, with one British pound being worth about two American dollars, so we breakfasted in the room, packed sandwiches for lunch many days, and ate simple dinners mostly in pubs or the golf club bar behind the hotel. We were blessed with lovely weather, though. It only rained one night while we lay snug in bed and sprinkled some one day. The locals were exclaiming that this was the first week of summer weather they’d seen this year. We saw farm animals of all types on our journeys along the “footpaths”.

After an early evening flight, we stayed with the family of Bruce Miton, the 17 year old boy we hosted for a few summer weeks two years ago when he was 15. We met Bruce’s mother, Veronique, and his younger sister, Lorraine, but not his father, who works during the week in Montpelier. Also, Bruce’s aunt, Genevieve, and her younger daughter, Mathilde, drove down from Orange, France to see us for the last three days we were there. We had hosted Mathilde’s older sister, Marion, in 2002, and Marion’s family had hosted my daughter in 2003. So, we had a big happy reunion and marveled at how the kids had grown.

After we did some laundry Monday, Veronique showed us the port of Nice and we hiked up Castle Hill to see its scenic views, parks, waterfall, church ruins, and war memorial, returning for a lovely guinea fowl dinner. Tuesday we toured the Russian Orthodox cathedral in town, drove up the coast to tour the seaside villages (and hang-outs of the rich and famous) of Villefranche, St. Jean Cap Ferrat, and Beaulieu, and walked around the cape. That evening we strolled around Old Town and ate authentic Nice dishes like socca (chick-pea crepes) at a sidewalk café and ice cream at Fenocchio’s. Wednesday, we drove inland to tour the Fondation Maeght modern art museum and walk the narrow, winding cobblestone streets of the historic hilltop villages of St. Paul de Vence and Eze.

Thursday, Veronique had to work, so Genevieve and her friend Daniella from Cannes took us on a tour of Cannes, complete with an afternoon at a lovely beach at the end of the bay and drinks at Daniella’s apartment. Neil and I took the family out to dinner that night in Villefranche. Friday, we toured the attractions on Cimiez hill: palaces built by the “white Russians” who fled when the Communists took over, a Franciscan church and garden, the ruins of a Roman amphitheater still being used for modern performances, the Matisse Museum and the Chagall Museum. After a huge late lunch including homemade goose liver pate to celebrate Genevieve’s birthday, Neil went to work on Veronique’s hot tub to get it functioning again. Then we strolled on the Promenade des Anglais and picked up some pizzas from the local pizza truck on the way home for dinner.

After a travel day of two Easy Jet flights and a rental car drive to Costa Mijas, we bought groceries and dined on pasta and mussels on the patio of our timeshare unit overlooking the outdoor restaurant and pool and polished off a bottle of tempranillo wine to celebrate our arrival. We spent a lazy Sunday by the pool and watched an evening Flamenco performance at the resort. On Monday we drove to the British colony of Gibraltar and toured the attractions in the Upper Rock Reserve: cable car to the observation deck on top, the wild Barbary Macaques (apes) troop, St. Michael’s cave, the Great Siege (1779-1783) tunnels, the lower World War II tunnels, and the 1333 Tower of Homage Islamic castle ruins, ending with a much-deserved ice cream and iced coffee break at a sidewalk café in town. On the way back, we stopped in Marbella and toured the Old Town, including the 1505 Church of Santa Maria de la Encamacion, and Avenida del Mar lined with Salvador Dali sculptures, then dined on Spanish tapas at La Teberna de Santiago.

On Tuesday we took an escorted tour to Tangier, Morocco, starting with a bus pickup at 6:30 AM. We drove to Algeciras and got on a high-speed ferry to Tangier, then took a bus tour with the requisite stops to ride a camel, see a cobra dancer, walk the Casbah and Old Town markets, get a carpet presentation (and buy a supposedly $1850 carpet for $400), and eat a couscous and lamb meatball lunch with a belly dancer for entertainment. After the ferry and bus ride back, we dined at the resort’s restaurant with an American family we met on the tour and listened to Spanish guitar music. We spent Wednesday at the nearby Cabopino beach and watched an evening parrot show from our balcony while dining on paella and wine.

Thursday we toured the sights of Malaga: the fourteenth century Castillo de Gibralfaro, the Alcazaba Muslim palace and gardens, the magnificent well-funded city cathedral begun in the sixteenth century and added onto for 200 years, and the Picasso Museum, finishing up with a tapas dinner at Gorki’s in the Old Town. In both France and Spain, they tended to eat lunch at 2 PM and dinner at 9 PM, so we followed suit while there.

Friday we drove to Grenada to spend seven hours touring the 13th/14th century Alhambra complex, including the gorgeous Moorish Palacio Nazaries, the lovely gardens with their intricate waterworks, the summer palace, the fortress, and the more modern Palacio de Carlos V, built in 1527. The temperature was over 100 degrees that day, and my feet were swollen by the time we finished. After driving back to Costa Mijas, we ate at an Italian restaurant where the rest of the clientele were all British tourists. And Saturday we flew home, falling into bed at midnight after being up for 23 hours straight. A wonderful trip overall!
Posted by Beth Groundwater at 3:10 PM No comments:

After taking more than a month off from my writing work to travel in Europe with my hubby for 3 weeks and spend the 4th of July weekend in Breckenridge, I'm slowly chipping away at the work that accumulated while I was gone. So, here's my first blog entry in over a month. Ouch! I'll blog about the Europe trip very soon, I promise.

Mystery Muse is the blog section of the website for the Rocky Mountain chapter of the Mystery Writers of America, of which I am a member. Shortly before I left on my trip, I emailed a contribution to that blog to the website master. My contribution, titled "Answer to "How do I get published?"" was posted on July 5th. You can find it at:

I recommend the other member posts, too, especially "Plotting the Novel".
Posted by Beth Groundwater at 7:35 PM No comments: