This post is a continuation of the summary of my husband Neil's and my two-week Caribbean cruise. On the ninth day we stopped at Kingstown on the island of St. Vincent and took our best shore excursion--sea kayaking and snorkeling. The first photo shows me in my green solo kayak paddling away from the shore. The second shows some me and others waiting our turn to paddle through the "Bat Cave" enroute to Byahaut Bay, where we beached our kayaks and snorkeled. The third photo shows coral and black spiny sea urchins, which we were told to avoid. 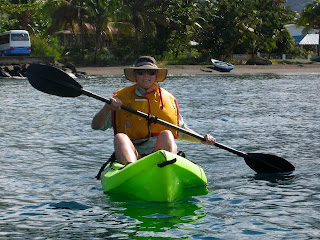 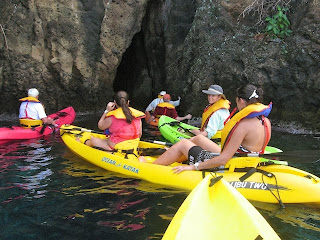 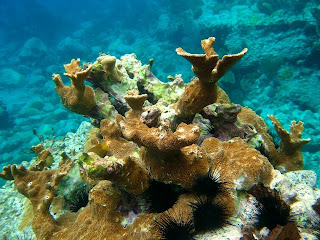 On the tenth day we stopped at Bassettere on the island of St. Kitts, where we hopped aboard a local van bus to ride to the bottom of the hill on which perched Brimstone Fortress, the "Gibraltar of the Caribbean" built by the British in the 1700s. We hiked to the top and toured it then caught a ride back to the ship and lunched there. In the afternoon, we boarded the St. Kitts Scenic Railway for a tour of the island on an old sugar cane train, complete with rum punches. The fourth and fifth photos show the fortress and the sixth photo shows the train. 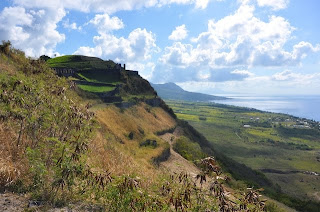 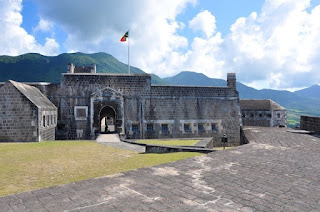 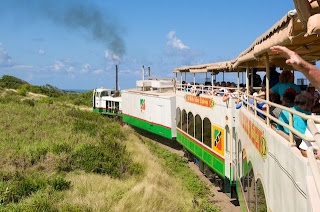 The eleventh day was another At Sea day, when we signed up for the fabulous and exclusive "Chef's Table" experience. The evening included a tour of the kitchen during dinner hour with champagne & appetizers there, personal service and discussion with the Executive Chef, Maitre 'D, Head Pastry Chef, and Director of Food & Beverage Service (who gave us his card to give to our pastry-chef-in-training son), two photos with these folks, wonderful food prepared tableside and paired with upscale wines, and a Princess cruise lines cookbook. The seventh photo shows me in my white coat in the kitchen with my glass of champagne and the eighth photo shows the dinner cooks in action. The ninth photo shows our risotto course, the tenth shows the main course (veal shanks), and the eleventh shows us with our desserts (on plates made of sugar), the chefs and the maitre 'd. What a night! 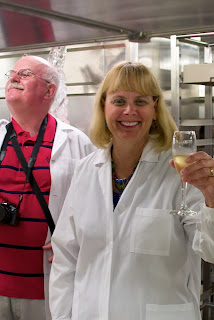 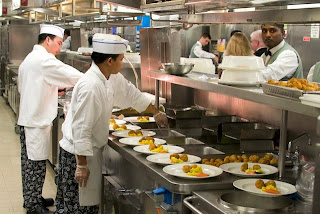 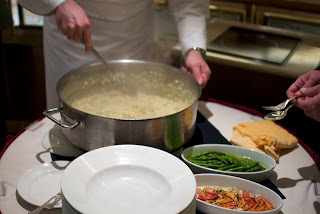 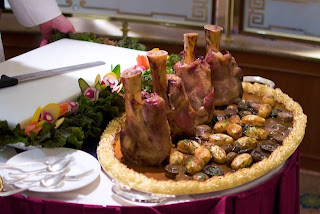 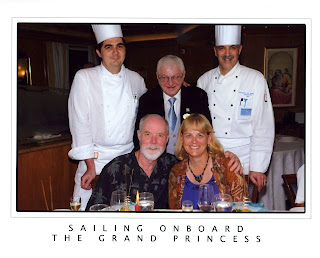 On the twelfth day, we stopped at St. Thomas in the US Virgin Islands and took a ferry ride the the National Park on St. John, where we relaxed on the lovely Cinnamon Bay beach. The twelfth photo shows the beach and the thirteenth shows yachts in the harbor at St. Thomas. On the thirteenth day, we stopped at picturesque Old San Juan in Puerto Rico. In the morning we walked to the Cathedral of San Juan where Ponce de Leon is buried (see the fourteenth photo). From there we walked to Castillo de San Felipe del Morro, built by the Spanish in the 1500s (see the fifteenth and sixteenth photos), and to the Castillo de San Cristobal, built in the 1700s (see the seventeenth and eighteenth photos). In the afternoon, we caught a ferry to the Bacardi Rum Factory and took their tour (nineteenth photo). 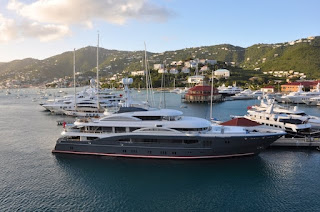 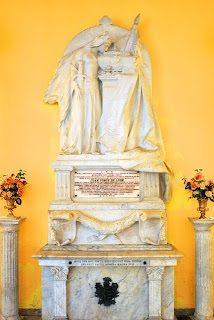 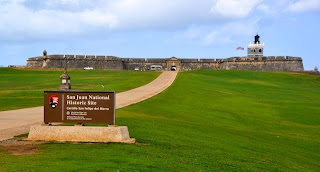 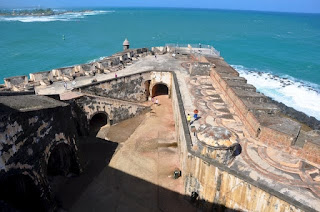 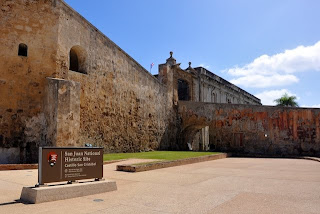 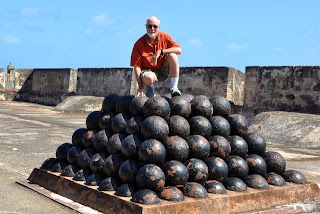 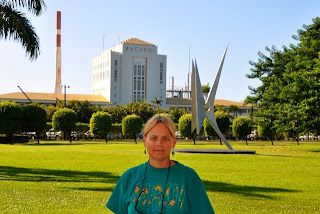 On the fourteenth day, we stopped at Grand Turk island of the Turks and Caicos, where we had the fascinating experience of swimming with stingrays. The twentieth photo shows me "kissing" a stingray and the twenty-first shows one swimming with a pilot fish. Our cruise ended the morning of the fifteenth day with disembarkation in Fort Lauderdale and a return to the real world of snow and cold in Colorado Springs by that evening. 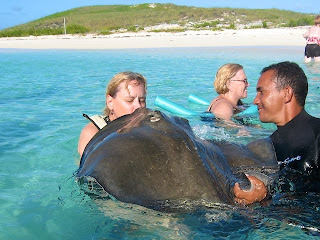 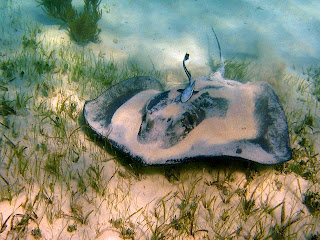 Posted by Beth Groundwater at 10:35 PM

Thanks for this post, your whole blogs nice stuff for holiday makers.