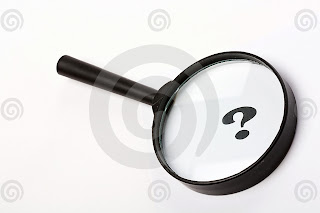 I have begun a new manuscript, and each time I do that, I flounder around for awhile, throwing ideas into a file until things start to gel and I begin envisioning crucial scenes in my mind. Then I apply my engineering background to build some scaffolding for the project or to formulate a recipe for the mystery.

The first essential ingredient in a mystery is the sleuth, who investigates the murder(s) and tries to deduce who the killer is. In the case of this new manuscript, the sleuth is well-defined in my mind. This will be the third Claire Hanover gift basket designer mystery, so Claire and I are old friends--no matter how much trouble I force her into!

The next essential ingredient in the recipe for a murder mystery is the victim. The dead body that falls on the floor in Act One. There may even be more than one victim to keep things interesting if the plot starts to drag in the middle. Without a victim, we wouldn’t have a mystery to solve and we could all go home! I've defined a victim for this project and given him a family that will sorely miss him. I think I've even decided who will be knocked off mid-way in the book, though that may change.

Usually the victim is not well-liked, so there are many people who’d like to see him or her dead. And, I, like most mystery writers, try to use my creativity to find an interesting way for the victim to die—a mysterious poison, a unique weapon, something that might be construed as an accident or suicide and so on. In To Hell in a Handbasket, the victim dies on the ski slope by being knocked into a tree by another skier—or snowboarder. I'm not going to divulge how this new victim dies, but I can tell you that more than one living being was involved in the death. :)

The third essential ingredient is suspects, those people who may have killed the victim(s). There are usually between 3 and 7 suspects in a murder mystery. Detectives or amateur sleuths look for means, motive, and opportunity for suspects. All three are needed to identify the killer. Means is the ability to commit the murder, such as access to the murder weapon. Motive is the reason why the suspect wanted the victim dead. Opportunity is the potential for the suspect to be at the right place at the right time to kill the victim. And an alibi is a story for why a suspect didn’t have the opportunity. That story can be true or false.

I try to make sure that all of my suspects have at least two if not all three of means, motive, and opportunity. In this new manuscript, bringing in suspects is driving the addition of subplots (activities the victim was engaged in that may have led to his murder) and the addition of research topics I need to study. I've already decided that the victim will work for Claire's brother and his body will be discovered at her brother's place of business, a new trail-riding stable that he's opened in Colorado Springs after moving his business and horses there from Durango. Claire's brother's wife will operate a hippotherapy charity at the stable, and the victim's brother will be a client. Hippotherapy is the use of horses with physically and mentally challenged children and adults to help them gain confidence, muscle strength, balance, and greater flexibility.

The fourth essential ingredient in a murder mystery is clues, pieces of evidence that help the sleuth solve the crime. A good principle detectives use is that the killer usually leaves something at the crime scene and takes something away. What the killer leaves may be fingerprints, shoe prints, a lipstick stain on a glass, or the murder weapon, say if the knife is stuck in the body. What the killer takes away may be hairs, carpet fibers or bloodstains, money or jewelry, or a special momento of the crime. I try to sprinkle to discovery of clues throughout the manuscript, as well as conversations with the suspects, to keep the reader stimulated with more information that she or he can use to try to solve the puzzle.

The last ingredient that spices up the recipe is red herrings. These are false clues that point to the wrong suspect, such as the gun in A Real Basket Case that incriminated Claire’s husband. The term comes from a fish that’s been cured in brine and smoked, which turns it red and makes it very smelly. The smelly herring then is dragged across a trail to try to distract hunting dogs from their prey. A good hunting dog—or sleuth—is trained to not be distracted by the strong false scent but to stay on the trail of its prey. What makes things interesting in a murder mystery is when a piece of evidence points to more than one suspect, so it’s both a red herring for the innocent suspect and a clue for the killer.

I'm still working on my clues and red herrings. I like to have at least half a dozen, if not more. Once all the essential elements are defined, I work on putting scenes in order in an outline, figuring out what happens when and what gets discovered when. During this process, I shuffle scenes around until I come up with a flow of events that I think will most interest the reader. And, of course, there have got to be some surprises!

It's a complex process, and one that I always find daunting in the beginning, wondering how I'll ever come up with the final product--a scene by scene outline, a set of detailed character profiles, and thorough research notes from which I can start writing. But, I have to trust in the process and my abilities. I keep telling myself that I've done it five times before, so I should be able to do it again.
Posted by Beth Groundwater at 8:00 AM

Nice description of your writing process, Beth. It makes perfect sense. If I had that much knowledge early on though, I'd lose complete interest! Different writing styles work for different people. BTW, can't wait to read the new one. :)

Great description of the process Beth. Some cooks follow the recipe, others are pantsers, and me, I do both. A little planning, a little intuitive input while writing, in other words, I doctor the recipe to suit. I, too, look forward to your next book. Keep them coming!

Good post, Beth! We all have to develop our own standard way to begin a new project. It's taken several completed projects and plotting courses for me to figure out what works for me. Now you're giving me another way!

Thanks for your comments, Clarissa, TL, EB, and Kaye! And it's so, so warming to know that people are eagerly waiting for my next book. Since I have to write them so far in advance, while I'm living in Claire Hanover's world, mystery readers will be introduced to the exciting life of river ranger Mandy Tanner. I hope folks will enjoy getting to know her as much as Claire. :)

It's always fascinating to find out what someone else's process is. Thanks so much for sharing, Beth!

I'm somewhat different--I prefer to start with the villain. Until I know my villain, proceeding forward with the story doesn't happen for me.

Looking forward to your next book!

Interesting, Susan! Since I try to motivate all of my suspects with a desire to kill the victim, I often don't decide "who dunnit" until late in the outlining process.