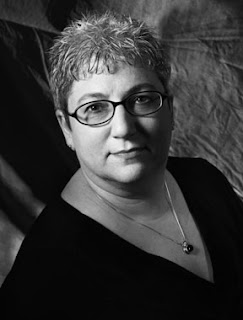 Tomorrow, fellow mystery/suspense author Jeri Westerson will be a guest on my blog. Noir and hard-boiled fiction seem to be in Jeri’s blood. She was born and bred on the mean streets of Los Angeles. Reporter, would-be actress, graphic artist; these are the things she spent her time on before creating the newest hardboiled detective, Crispin Guest—ex-knight turned PI, solving crimes on the mean streets of fourteenth century London in her Medieval Noir series. The Boston Globe called her detective, “A medieval Sam Spade, a tough guy who operates according to his own moral compass.” Her 2008 debut, Veil of Lies, garnered nominations for the Macavity Award for historical mystery and the Shamus Award for Best First PI novel. Her second, Serpent in the Thorns, is also a 2010 finalist for the Bruce Alexander Historical Mystery Award, and her third, The Demon's Parchment, is due for release October 12.

Instead of Jeri answering my interview questions, her sleuth Crispin Guest will talk about himself, then he will be available to answer questions from readers of my blog. Tomorrow should be an interesting day! For more information about Jeri, Crispin, and Jeri's books, please visit her website.
Posted by Beth Groundwater at 7:00 AM