Wishing, and Oprah, and Movie Rights 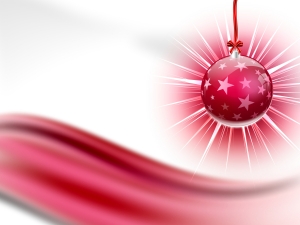 The holiday season is one for making and fulfilling wishes. As you wish upon a star this holiday season, what are you wishing for? Are you aiming high?

My wish is for my mystery novels, all of them of course, to hit the New York Times bestseller list. I'm not picky, a top ten spot for each of them will do. ;-)

Then, I wish for Oprah Winfrey to pick one of my titles to feature in her O Magazine.  Then I want her to interview me on her Oprah's Next Chapter show on her OWN TV network. Then I wish for the resulting furor over my writing to result in movie rights offers to come rolling into my literary agent's office. Am I wishing for too much?

I don't think so. It's only by aiming high and turning those wishes into goals that you can start working to achieve those aims.

For example, a cousin of mine wanted to be an astronaut when she was growing up. She decided that science was the path for reaching that goal and earned her Phd in Biology. She was never selected for the space program, but she became a leader of the research team at the Marucci Center for Blueberry Cranberry Research at Rutgers University that discovered the active compounds in cranberries that prevented urinary tract infections. When the work went public, she became an instant celebrity.

Would she have gone that far in her biology career without the goal of becoming an astronaut? I don't think so!

So, what are you wishing for this holiday season, and how can you turn that wish into a goal?
Posted by Beth Groundwater at 5:00 AM

Hmm...my wishes seem very similar to yours. Hope to see you on Oprah. Merry Christmas.

Unknown said...
This comment has been removed by a blog administrator.
4:52 AM