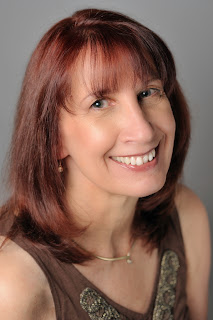 Tomorrow fellow Colorado author Terry Odell will be a guest on my blog. Terry was born in Los Angeles, moved to Florida, and now makes her home in Colorado. An avid reader (her parents tell everyone they had to move from their first home because she finished the local library), she always wanted to "fix" stories so the characters did what she wanted. Once she began writing, she found this wasn't always possible, as evidenced when the mystery she intended to write rapidly became a romance. When she thought about it, she realized that her favorite mysteries were series where she could follow the developing relationships of the protagonist—to the point where she'd read the book twice; once for the relationship and again to follow the crime and its solution. So, she started reading romance, and found there was a genre that included mystery themes as well as a relationship. Although her genre is labeled "romantic suspense", Terry prefers to think of her books as "Mysteries With Relationships."

In her guest post tomorrow, Terry answers my interview questions, and I'm sure you'll be intrigued by what she has to say. Then, feel free to ask her some questions of your own in the comments.
Posted by Beth Groundwater at 5:00 AM

Fascinating interview. Thanks ladies. You've got me thinking.