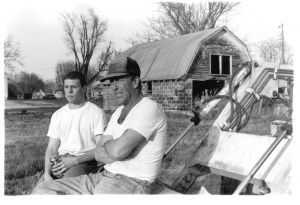 During September I'll be sharing some notes here on my blog from my "The Art of Writing Dialogue" workshop that I've presented to many writing groups. I presented the first three lessons on Mechanics, the nitty gritty little details of writing dialogue, last week. This week and next, I'll go into The Big Picture, using character traits, conflict, and emotion to infuse a real-life feel into dialogue, to make it pop off the page. The goal is to drag readers by the throat right into the book. Here are the first three of ten "rules of thumb" for The Big Picture:

1. Show Character Traits in Speech: Use dialogue to show your characters’ sex, age, ethnicity, and culture. But avoid phonetic spelling that makes the dialogue hard to read. Rely on rhythm and word choice instead to show your character’s background, and maybe a description of their voice. If your character would use contractions in their speech, use them, but if they wouldn’t (if English is their second language, for example), don’t. Women usually are more verbal than men, so make men’s dialogue lines shorter.

Good:
“I reckon I don't have to go down to the river today,” Buford said in a slow Southern drawl, “‘cause we gots all the fish we gonna need.”

2. Show Vocation in Speech: People who engage in different vocations or avocations have their own sub-language and terms that they sprinkle in their conversations. When you interview experts in the job, hobby, sport, or craft that you’re using in your fiction, write down expressions and terms they use as well as the information they give you. Then weave that specific sub-language into your dialogue.

3. Give each of your main characters a distinctive dialogue pattern or quirk, so readers can use that to distinguish speakers. Then you don’t need tags as often.
Posted by Beth Groundwater at 5:00 AM