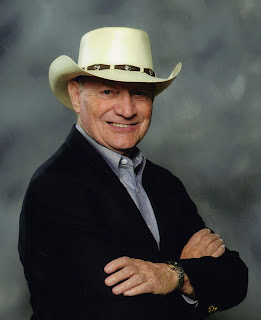 Tomorrow, fellow Midnight Ink mystery author Randy Rawls will be a guest on my blog. Randy Rawls is a retired US Army officer and Department of Defense civilian. During those years, he honed his craft as a writer in various leadership and administrative positions. After retiring, he turned his hand to writing fiction.

Randy is the multi-published author of the Ace Edwards, Dallas PI series, as well as short stories in various venues. Living in South Florida, where the line between fiction and non-fiction blurs, gives him a rich environment in which to harvest plots. One of his favorite sayings is, "There is no fiction in South Florida. It either happened yesterday, is happening today, or will happen tomorrow."

Thorns on Roses tests the proof his saying. A thriller, it features Tom Jeffries, a South Florida PI who launches a vendetta against the gang that raped and murdered the 17-year-old daughter of his best friend. Hot Rocks, Randy's latest, is a South Florida mystery featuring Beth Bowman, a PI. Beth takes on a simple case, but soon discovers that things are not as they seem. A husband is not a husband. A wife is not a wife. A homeless man is not . . . Yet, one thing is real. Someone wants Beth dead.

Randy’s email address is RandyRawls@att.net. He welcomes comments from his readers. In his guest post tomorrow, Randy answers my interview questions, and I'm sure you'll be intrigued by what he has to say. Then, feel free to ask him some questions of your own in the comments.
Posted by Beth Groundwater at 5:00 AM