What I've Been Reading Lately 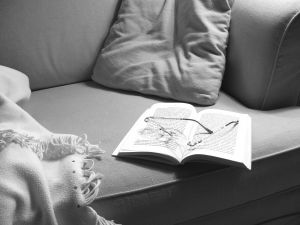 Fiction authors, especially proficient and prolific ones, are first and foremost prolific readers. I still try to read at least one fiction novel a week, even when I'm in the midst of a busy schedule of research, writing, editing, or promoting. And I don't just read mysteries, my genre, though I do read a lot of those. I deliberately joined a women's book club that reads books other than mysteries to pull me outside my genre and broaden my horizons. The first book below was the book club selection for this month's discussion.


Sea of Poppies by Amitav Ghosh: This novel, published in 2009, is the first in a trilogy, the second of which, River of Smoke, was published in 2011. Hopefully the third will be released next year. It's a vast, ambitious tale that follows a large cast of characters, who in the first book start out widely separated, then are drawn together through a disparate web of circumstances to start an ocean journey together on the ship called Ibis. The Ibis is transporting indentured workers to Mauritaus. The story takes place in India during the early 1800s, during the period of the Opium Wars with China. The book is crammed full of Indian terms and sailing slang, which I had a horrible time trying to figure out the meaning of from context. Then I did a head slap at the end when I realized a dictionary was provided at the back of the book. Duh! I'm sure my reading experience would have been better had I known. So, here's my hint: refer to the dictionary for the first few chapters, so you can understand what's going on!

Wayward Saints by Suzzy Roche (of the Roche Sisters a capella singing group): This book will be released in August, and I was lucky enough to snag an ARC. I haven't finished it yet, but I'm about two thirds of the way through it, and I'm thoroughly enjoying the read. The book follows singer Mary Saint, who crashed and burned after her rock/grunge band Sliced Ham folded, and her staid, suburban mother, Jean Saint. Mary has been invited back to her former high school in Swallow, New York, to give a concert, and the upcoming appearance is rattling both her and her mother. You fall in love with the broken, emotional characters in the book through the beauty of Suzzy's writing. I recommend it!

Nowhere to Run by CJ Box: I've been a big fan of the Joe Pickett Wyoming game warden series until this book. It's well written, but it just got a little too political for me. Based somewhat on a true story, the book chronicles Joe's run-ins with two mountain men who are twin brothers. Violence abounds, and while you're reading it, you think there's no way this can end well, and it doesn't. If you like dark fiction, this is for you.

Dare to Die by Carolyn Hart: This is the ninth book in Carolyn's Death on Demand series about Annie Darling, a mystery bookstore owner in Broward's Rock, a sea island town in South Carolina. I've read and enjoyed many of the books in this series. In this book, Iris, a troubled former island resident, returns to the island, disturbing her former classmates--and a murderer. Carolyn consistently delivered an engaging mystery puzzle to solve in this book, but it wasn't one of my favorites in the series.

There you have it! What have you been reading? Got any recommendations for me?
Posted by Beth Groundwater at 5:00 AM