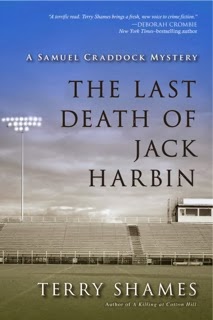 As promised yesterday, fellow mystery author Terry Shames is visiting my blog today, with a post about returning to Texas as a "foreigner" after having lived in California for many years. To read her bio and see her photo, please page down to yesterday's post. Also, Terry is running a contest for a free autographed copy of her the second mystery in her Samuel Craddock series, The Last Death of Jack Harbin, the cover art for which appears above. Terry will select the winner tomorrow evening from among those who leave a comment today or tomorrow and will announce the name in a comment on this post.

In the book, with the chief of police out of commission, it’s up to trusted ex-chief Samuel Craddock to investigate the brutal murder of a Gulf War veteran who was a former high school football star. Craddock uncovers a dark tale of greed and jealousy that extends into the past, and well beyond the borders of the small town of Jarrett Creek.

Sounds like a chilling read to me! Below is Terry's guest article.


Returning to Texas
by Terry Shames

When you read this, I’ll be spending two weeks in Texas. Texas?!!

I can’t tell you the number of people who have said to me, “I wouldn’t like to go to Texas. I can’t stand the weather or the politics.” And yet those same people would jump at the chance to go to Russia, Indonesia, Iran, Egypt, England, Venezuela—or any of a host of countries where the weather and/or the politics might be extreme.

I was brought up in Texas and couldn’t wait to get out. Couldn’t stand the weather or the politics. And yet, I love to go back and visit, not just because I have a slew of relatives there that I love, nor because “home” is always in your blood. I like to go because in its own way Texas has an exotic way of life and a cultural heritage unlike any other. When I go now, I look at it through the eyes of a tourist.

Houston, Dallas, Fort Worth, and San Antonio have wonderful art museums, ballet companies, and fine dining. Austin has its music scene. But even in the hinterlands you can come across pockets of “exotic” culture. You can run across a church that is having a performance of amazing gospel music, or a small-town fiddle contest, 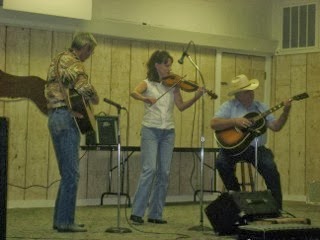 or an art gallery that has discovered a local artist who produces work like you’ve never seen anywhere else.

The strong Mexican heritage of Texas means that all over the state you run into interesting adobe structures—houses and missions, and wonderful murals and art, not to mention mariachi music  and soulful serenades. 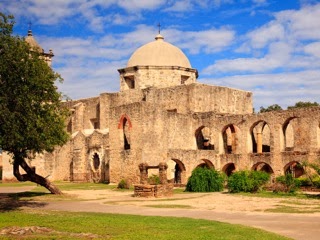 Texans have a strong need to boast—but you really can find fantastic barbecue, succulent oysters and shrimp, delicious Tex-Mex entrees and margaritas. 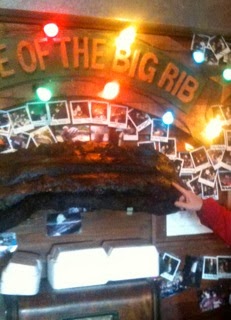 In the spring driving back-country highways, you want to stop again and again to feast your eyes on the blankets of wildflowers that were the passion of Ladybird Johnson. 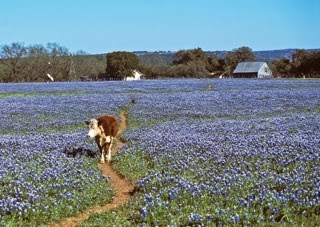 If you are more interested in challenges, try Big Bend National Park for some of the most rugged and dramatic mountains you’ve ever faced. 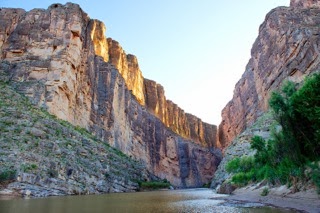 Or try windsurfing or kiteboarding or just walk for miles on the beaches of Padre Island. Bird watching in the state is amazing. A few years ago, I played tourist and went to King Ranch and saw as many birds in one afternoon as I did on the best day in Costa Rica.

In the 90s I lived in Italy for a time, and you would think I would return and find Texas architecture sadly wanting. But after the grandeur and beauty of the old, old Italian cities, I found myself appreciating the austere stateliness of prairie architecture.

I go back to Texas often to renew my “feel” for the extremes of weather and culture of Texas because my Samuel Craddock series is set there in a fictional town much like any small town in central Texas. I’ve come to appreciate the state from the outside looking in. In some ways it’s as exotic as Russia or Indonesia—and a lot easier to get to.

Thanks, Terry! Now, who has a comment or question for Terry Shames? Good luck in the contest!
Posted by Beth Groundwater at 4:00 AM

Terry, you're so right. I hate the weather (especially this week) and the politics in Texas, but I love living here in a state so rich in history and traditions. A little part of me is always said that I have to say "No" when people ask if I'm a born-and-bred Texan. Almost 50 years, and some say I'm still not a a Texan!

I loved your post about Texas. Although I was born there, I haven't lived in Texas since I was 11 years old. Each time I return to visit my many relatives, I'm amazed all over again at the friendly people, how helpful the store clerks are, and the amazing variety of landscapes and towns, small and large. Storytelling also seems to be one of the many attributes of the state, and as a writer, I'm glad I had that exposure. I love that you've set your books in a lovely little Texas town.

It's too bad, but I've never been to Texas and I may never get to go, but I love to read about it and imagine being there. Our next door neighbors spend at least half the year there, probably to escape the snow and cold here in MI. Of course in the summer, by coming here, they escape the extreme heat. I'd say Texas has much to offer.

Judy, I wasn't born in Texas either, even though I have a zillion (exact count) relatives from here. I was born at the tail end of World War II. My dad was stationed in Florida, so that's where he and my mother were living when I was born. They brought me back to Texas when I was six weeeks old!

Patricia, I based Jarrett Creek on the town my grandparents lived in. I always loved going there and still love it. Even though I never lived there, it got into my core and stayed there.

I have been to Arizona and loved that. I am sure I would love Texas. I have read many books set in Texas and enjoyed all of them. I love watching househunters and enjoy seeing different homes all around the world, yes even Texas. I live in Canada and we have been experiencing a very long snowy cold winter, so even though it might be colder than normal in Texas I am sure it is still much warmer and not as long lasting.
The book sounds fascinating.

Thanks for all the comments so far. Keep them coming through tomorrow night, folks, when Terry will draw the name of a winner in her contest and post the name here.

I've been to Texas for conferences, and just adore San Antonio. I met the greediest mosquitoes ever in Houston...
I'm surprised our paths have not met, I live in the San Francisco Bay Area.
Best of luck with book two. I will look for your series in my public library. If you are there, my reading group might select you for an upcoming read.
Even if they don't I hope to grab a copy of your books.
karen94066 @ aol . com

Judy Alter, I put all the names in a hat and drew yours, so you win a copy of my book! Contact me at my email address: Tmshames@pacbell.net