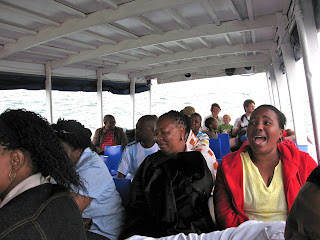 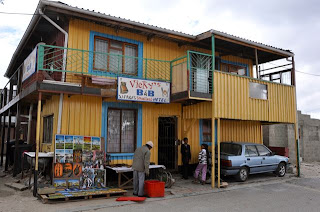 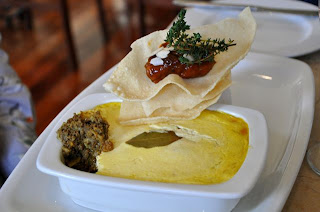 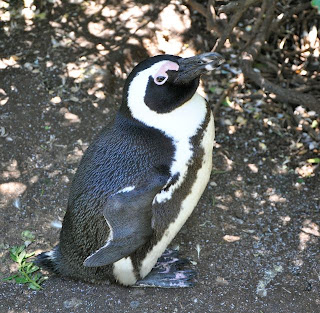 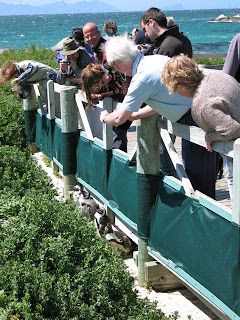 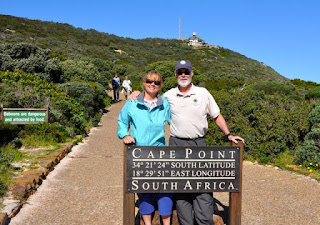 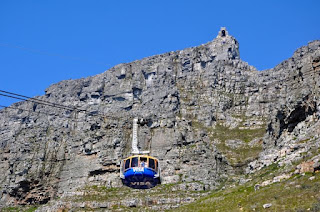 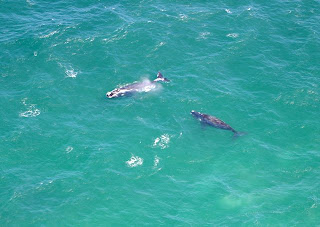 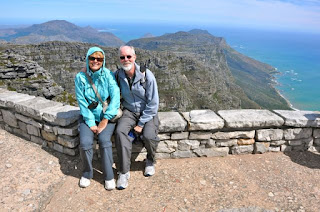 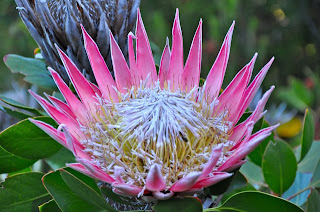 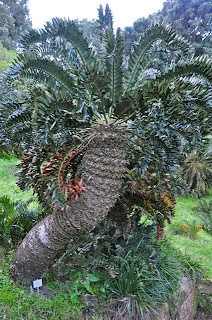 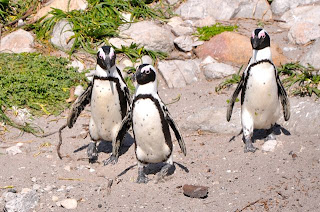 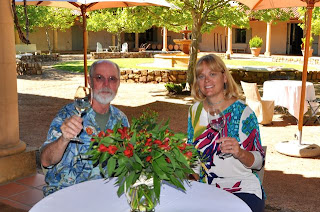 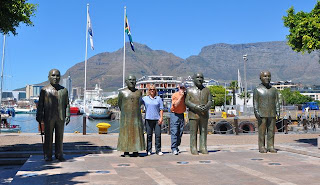 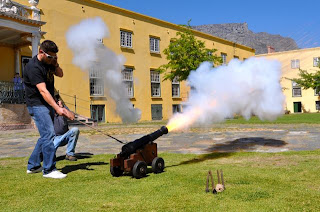 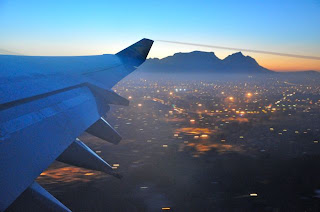 Here's the second batch of photos that I've selected from our South Africa trip, from the second half of the trip, mostly spent in the Cape Town area. The first one shows tourists reacting to a boat ride on large open ocean swells in Durban. The second shows Vicki's B&B in the Khayelitsha township and the third shows how most people in the townships live.

The fourth shows a typical South African dish, bobtie, a curried meat loaf covered with an egg custard, baked and served with chutney. The fifth photo shows an African penguin and the sixth shows people taking photos of four penguins under the boardwalk at Boulders Beach. The seventh photo shows Neil and me at Cape Point. The ninth photo (sorry, it's out of order), shows two whales that were playing in the water below Cape Point.

Back in the eighth photo, is the cable car to the top of Table Mountain, and the tenth photo shows Neil and me at the top. The eleventh photo is the King or Giant Protea, the South African national flower, taken at Kirsten- bosch Gardens. The next photo is of a cycad in the same garden. The thirteenth photo is of three African penguins at Betty's Bay.

The fourteenth photo is of Neil and me tasting wine at Waterford winery, and the fifteenth is of us at Nobel Square at the Victoria & Albert Waterfront with the statues of South Africa's four Nobel Peace Prize winners. The sixteenth photo is of a cannon being fired at The Castle in downtown Cape Town. The last one shows Table Mountain and the city in the evening from our departing aircraft. Thanks for the memories, South Africa!
Posted by Beth Groundwater at 5:09 PM

i never would have thought penguins in south africa. great photos!

Beth, I love you pictures! Brings back memories of the trip my husband and I took several years ago.