This is the fourth of a series of trip reports about my husband Neil's and my trip to Japan on an Overseas Adventure Travel tour in October. Page down to read the other three, and stay tuned for more! I'm up to October 22nd, when we left Hakone to travel via the Shinkasen Bullet Train to Kanazawa (two photos below--note the speed of 165 mph on the GPS!), which gave us the opportunity to sample bento boxes (third photo below) for lunch. 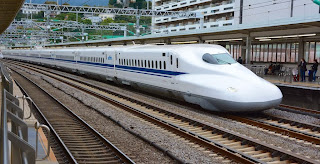 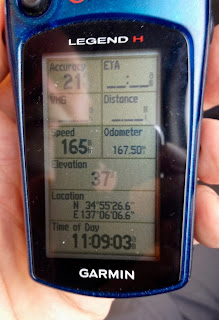 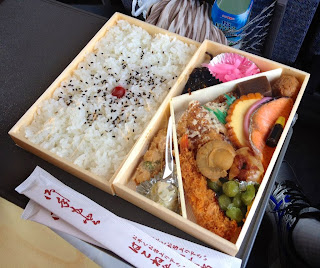 After arriving in Kanazawa, we checked into the Kanazawa Excel Hotel Tokyu and observed an employee fire drill taking place below our room. That evening we went on a walking tour of the city's canals and nearby historical samurai house district before dining out. 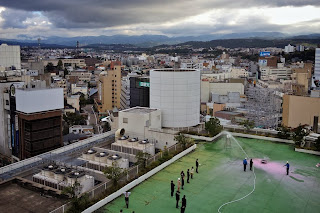 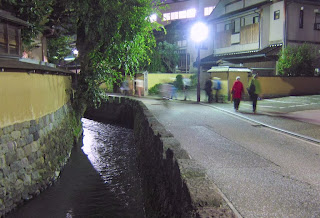 The next day, October 23rd, was a jam-packed tour of Kanazawa, often called "little Kyoto," because like Kyoto, it is a culturally rich city that escaped bombing in World War II, so many of its Edo-era buildings are still surviving. We started at the beautiful Kenrokuen Garden, one of the Three Great Gardens of Japan. The views were stunning, as you can see in the photos below. We also toured the Ishikawa Prefectural Museum of Traditional Arts and Crafts nearby. 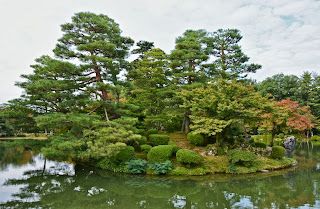 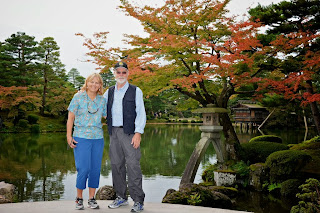 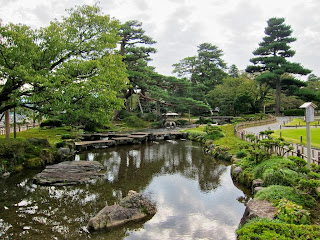 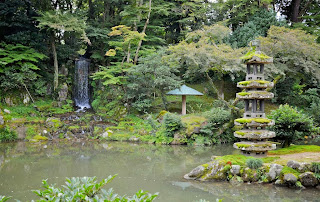 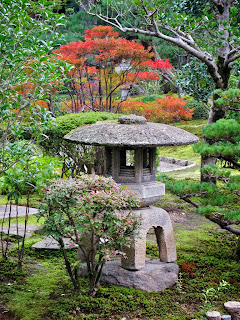 Next we toured the Higashi-Chaya District (first photo below), one of three historic entertainment districts in Kanazawa that featured teahouses where Geishas sang, played instruments, recited poetry, and danced for customers. We toured one of those old wooden teahouses, shown behind our guide Michiko in the second photo. The next two photos show some of the traditional musical instruments and the kitchen inside. 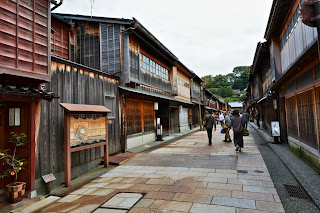 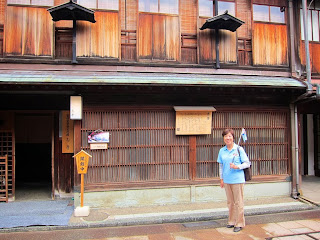 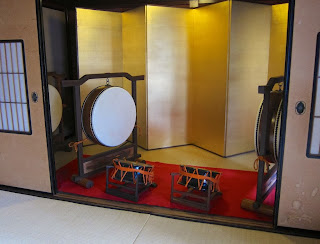 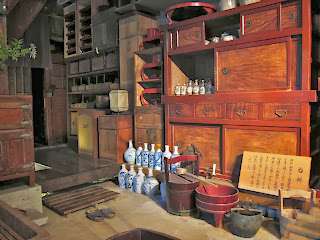 The next stop was the Sakuda shop, where we saw the ancient process of kinpaku, the making of super-thin squares of gold leaf (first photo below), and some of the resulting gold leaf-covered artwork for sale (next two photos below). That was followed by lunch in a French restaurant that featured a custard with gold leaf flakes for dessert (last photo below). 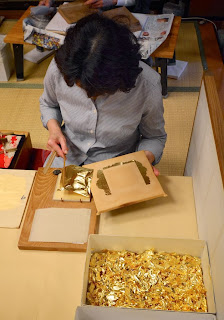 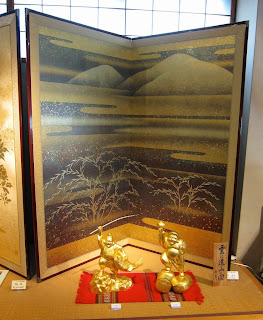 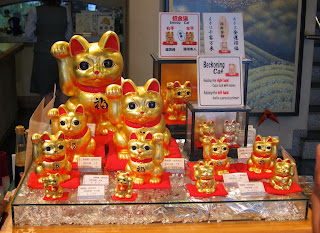 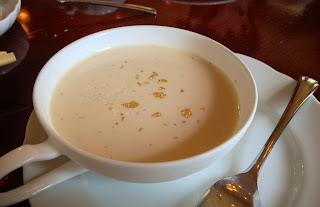 Then we toured the Omicho Market (the entrance of which is shown in the first photo below), with its vegetable (second photo) and seafood (third photo) vendors, among other purveyors. 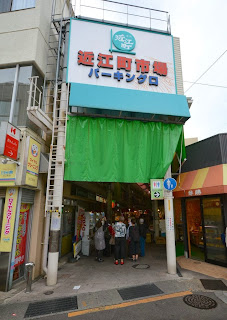 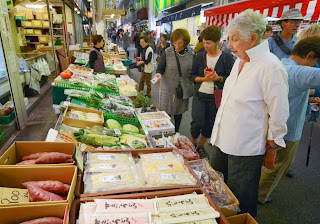 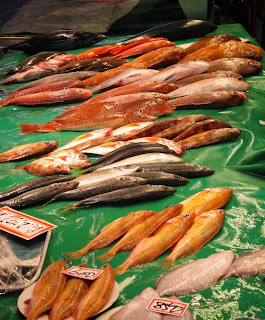 Next stop was a Kutani Ware porcelain factory, where the owner showed us a display of many generations of porcelain produced on site (first photo below), gave us a tour of the factory (second photo) and demonstrated his skill on the potter's wheel (third photo). 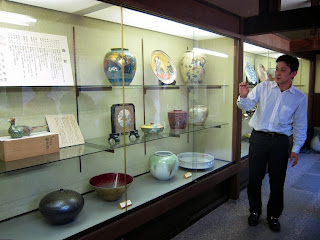 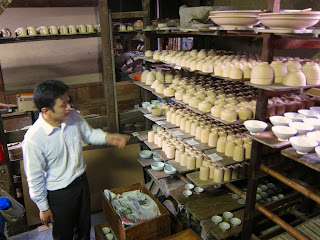 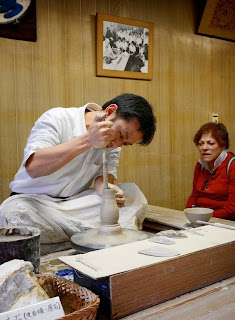 Dinner that night was at a sushi conveyor-belt restaurant (first photo below), where we pulled plates of interesting-looking sushi off the belt (second photo) to eat, followed by black sesame seed ice cream for dessert (third photo). 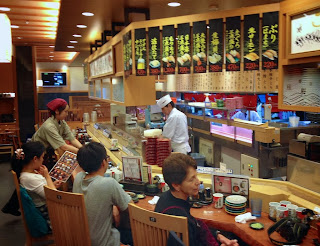 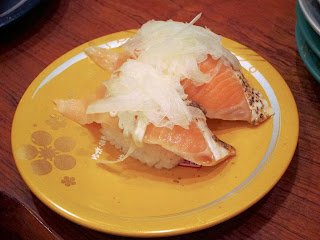 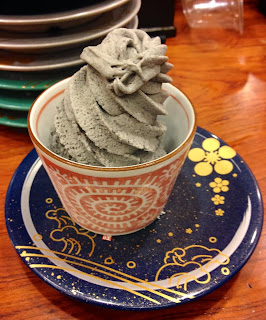 Hey Beth! I know you from KOD and stumbled on your blog. So glad you enjoyed Japan! My husband & I have lived there several times and might be returning. I really enjoyed your post!

Thanks so much, Larissa! We had a great time in Japan and plan to return and see more of the country.