Last week, I posted the first two of a series of trip reports about my husband Neil's and my trip to Japan on an Overseas Adventure Travel tour in October. I'll continue those posts this week. I'm up to October 20th, the day we traveled to the mountain resort of Hakone. On the way, we stopped at the Kawaguchiko Fifth Station on Mount Fuji, the highest you can go by vehicle before you have to start hiking on foot if you want to reach the top. Unfortunately, because of the second of three typhoons to hit Japan while we were there, it was a very rainy day and we couldn't see the top (photo below). 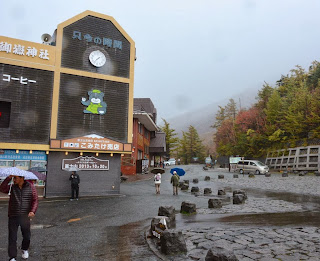 In Hakone, we stayed the Gora Asahi Hotel, a traditional Japanese inn, with rooms with sliding paper walls and tatami mat floors. Below I'm standing in our room's entryway after the futon beds had been laid out by the maid. I'm wearing yukata, an informal kimono that serves much like a bathrobe, and that the guests wore to dinner and the onsen, the hot public bath area. The next two photos show our group at dinner and just the appetizers from our delicious gourmet meal. 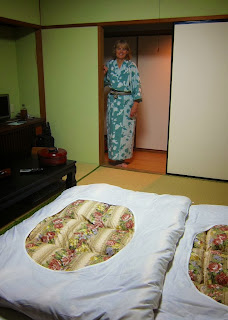 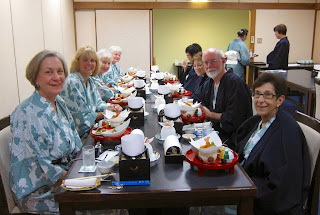 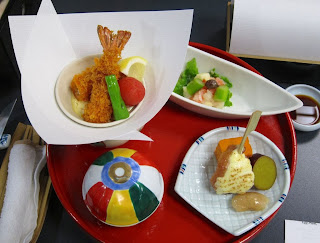 The next day, October 21st, we rode in a bus to Mount Soun, where we took an aerial gondola (first photo below) to the thermal springs in the Owakudani Valley (second photo below).  There we ate blackened eggs that were boiled in one of Owakudani’s bubbling lava pools (last two photos below). 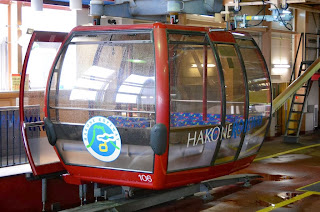 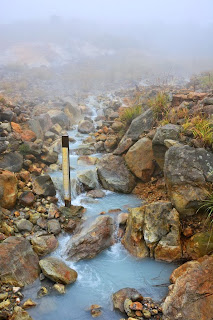 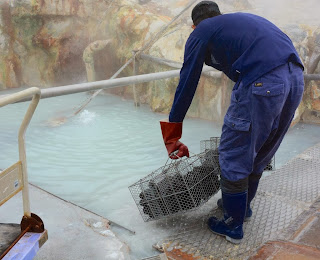 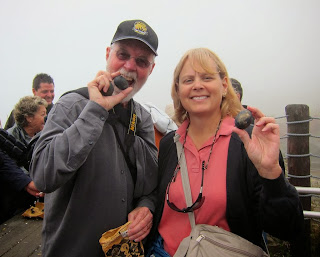 Then, we cruised Lake Ashi from Kojiri to Hakone-machi  in the boat shown in the first photo below.  The lake formed in a crater in the wall of the huge caldera of the Mount Hakone volcano. From the boat, we could see the torii gate for the Hakone Shinto Shrine in the water (second photo). 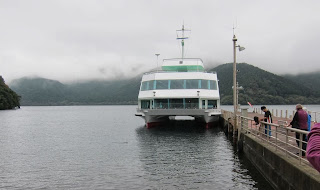 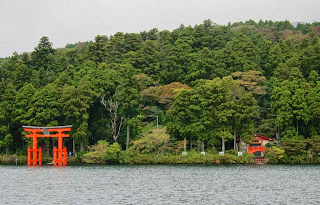 After getting off the boat, we ate a scrumptious buffet lunch at a local restaurant. Then we walked a section of the cedar-lined path of the Old Tōkaidō Road, the most important of the Five Routes of the Edo period (two photos below). 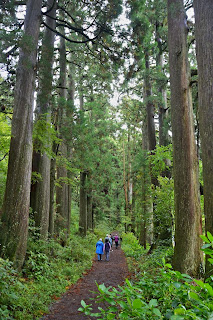 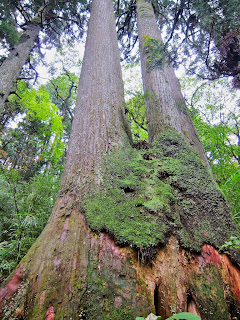 The next stop was the Hakone Yosegi Zaiku shop (first photo below) of a fourth-generation artisan woodmaker of traditional Japanese parquetry (second photo). He creates objects and works of art from pieces of differently-colored wood fused together (third photo). 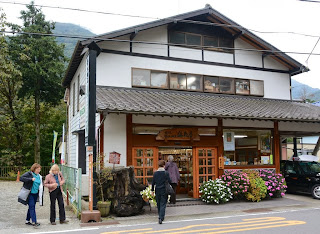 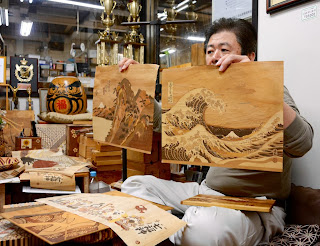 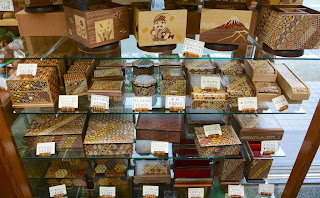 Our final sightseeing stop of a very busy day was the extraordinary Hakone Open Air Museum with its large variety of sculptures collected from around the world. Enjoy a select few of them below. 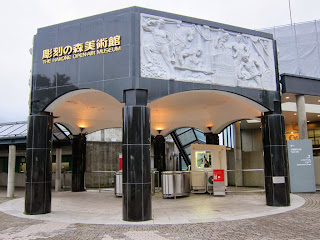 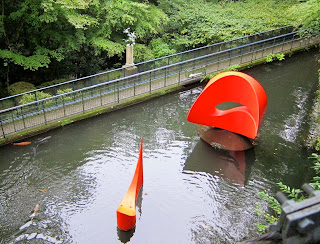 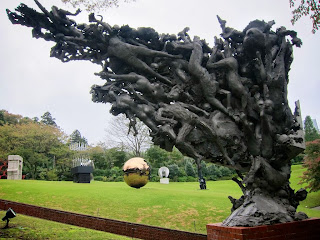 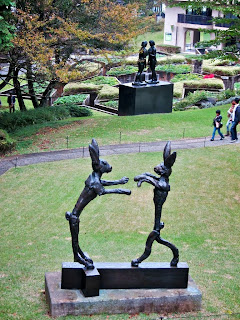 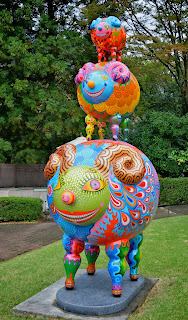 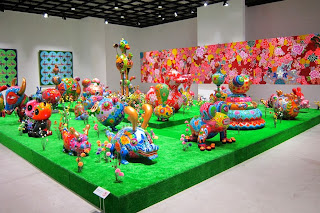 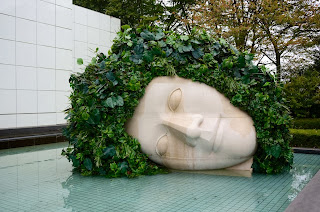 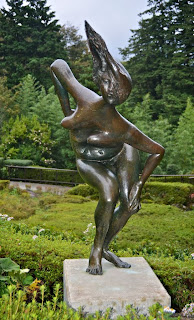 The tower below was constructed of stained glass panels, shown from inside the tower in the second photo below. 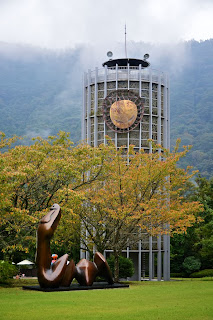 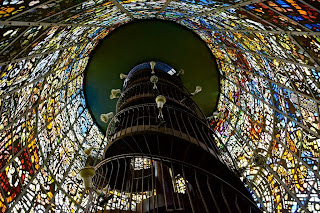 After one more scrumptious Japanese dinner at the hotel, we returned to our rooms to pack for our morning departure the next day to Kanazawa. 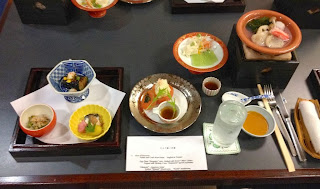