This is the seventh and last of a series of trip reports about my husband Neil's and my trip to Japan on an Overseas Adventure Travel tour in October. Page down below to read the other six. When I left off at the end of the sixth report, we were in Kyoto, our last location.

On October 28th, we started the day with a visit to Kiyomizu Temple, dating back to AD 798 but with its present buildings constructed in 1633 (entrance pagoda shown in the first photo below). It is known for its “leap of faith” veranda and wooden terraces once used for sacred dances (second and third photos below). 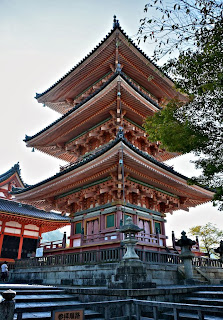 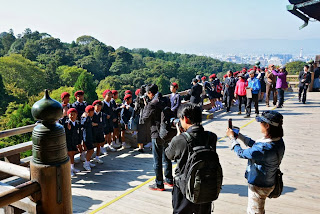 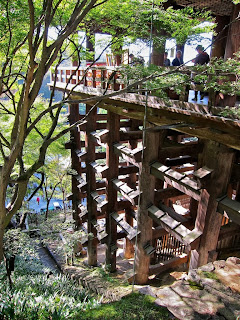 Beneath the main hall is the Otowa waterfall, where three channels of water fall into a pond (first photo below). Drinking from the clear, clean waters is believed to offer longevity/health (middle stream--the one both Neil, in the second photo, and I drank from), intelligence/success at school (right one, when standing in front of them) or a fortunate love life (left one). 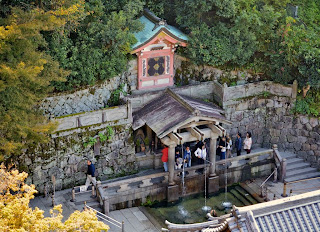 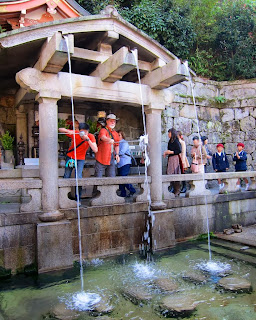 Next was what I called our "Farm to Table" experience. We traveled to Kameoka, a village in the countryside near Kyoto, where we had a Q and A session with local farmers (first photo below). Then we picked some fresh greens from organic fields (second photo) and took them with us to a restaurant housed in Heki-tei, a 300-year-old house where a famous samurai once lived. There, they fried up the greens in tempura bundles and served them to us for lunch (fourth photo), along with  Makizushi (rolled sushi) that we made ourselves (third photo), with instruction from the staff. 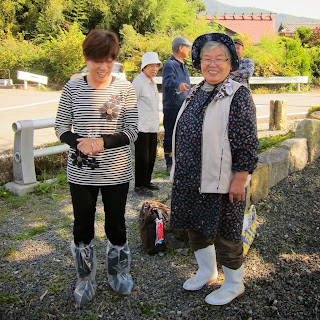 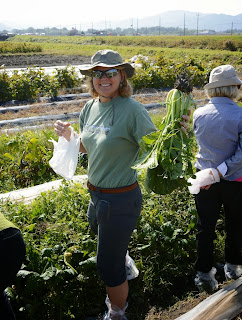 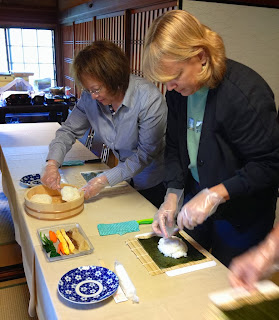 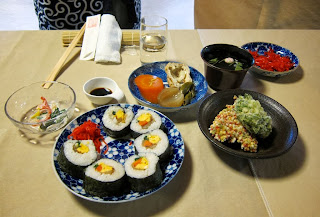 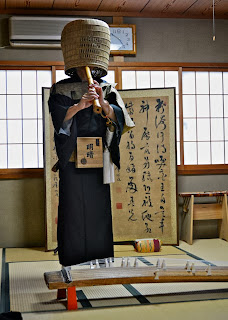 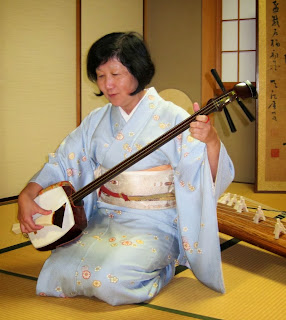 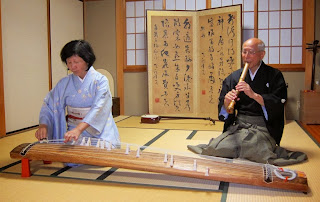 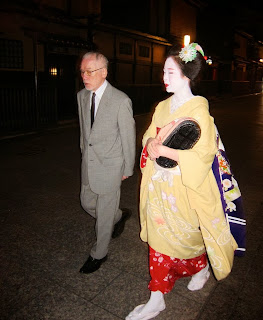 On October 29th, we went to nearby Arashiyama to tour two beautiful gardens. The first was Ōkōchi Sansō, the former home (first photo below) and garden (next two photos) of the Japanese film star Denjirō Ōkōchi (in old photograph, fourth photo below). After exiting the garden, we stumbled upon a Bollywood film crew, filming a dance scene in Arashiyama's bamboo forest (last photo). 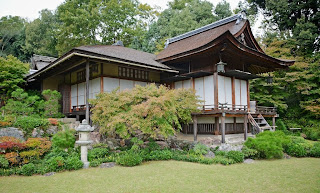 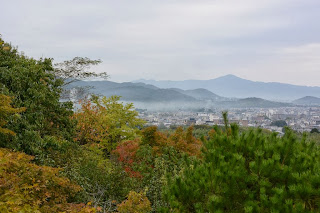 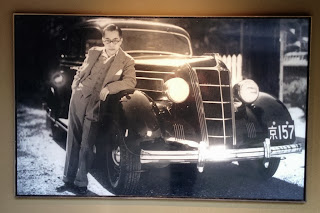 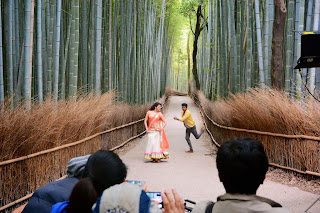 Next we toured the grounds of Tenryuji Temple (first photo below). It was originally built in 1339, but rebuilt many times after wars and fires. However, the gorgeous Zen garden (next two photos)—which includes a large pond, elevated rock groupings, and delicate cherry trees—is many centuries old. 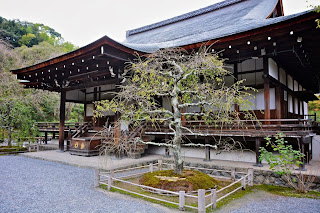 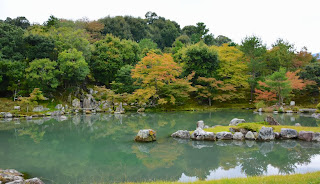 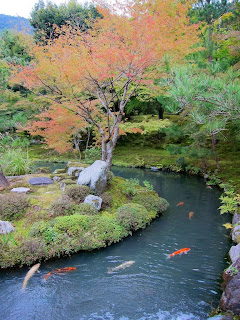 Then our guide arranged a fascinating interview with a maiko, a geisha-in-training. She served us matcha tea, answered our questions, including how she applied her back-of-the-neck makeup using a mirror (first photo below), danced for us (second photo), and posed for photos (third photo). 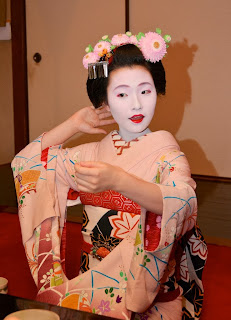 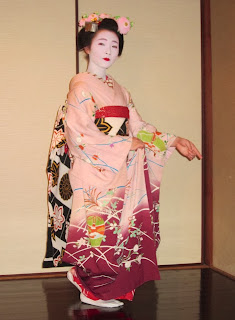 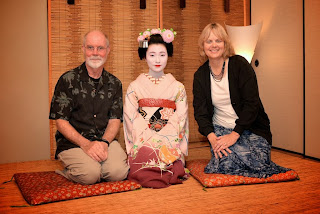 That night was our farewell dinner in a lovely riverside restaurant, then we flew home out of the Osaka airport on October 30th. I was fascinated by the Japanese culture and hope to return again for another visit soon.
Posted by Beth Groundwater at 4:00 AM