In October, my husband Neil and I traveled to Japan on an Overseas Adventure Travel tour. After processing thousands of photos and trying to pick a precious few, I'm finally ready to share some photos and a summary of our adventures here. I'll post reports that each summarize a few days of our two and a half week adventure this week and next. Enjoy!

We left Denver airport on October 14th on one of Boeing's new 787 Dreamliners and arrived at the Tokyo airport 12 hours later on the afternoon of October 15th. After a long bus ride into the city in pouring rain, we checked into the Hotel Monterey Honzomon and met our guide, Michiko Ikeda. She told us a typhoon was attacking the city (the first of three to visit Japan while we were there). We walked a short distance in the rain to a noodle restaurant nearby for a quick dinner before sinking into bed.

We got a late start in our sight-seeing the next day because strong winds were still blowing debris around and some of the subway stations were flooded, affecting the morning commute. By mid-morning, however, we were able to go to the Tokyo National Museum (photo below), the largest museum in Japan, in Ueno Park. 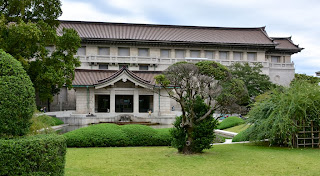 There we saw many examples of their collection of 87,000 historical artifacts and works of art, including the screen, armor and kimono shown below. 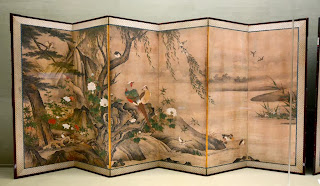 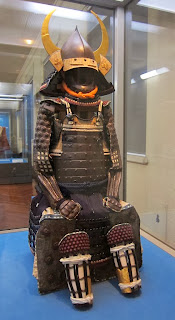 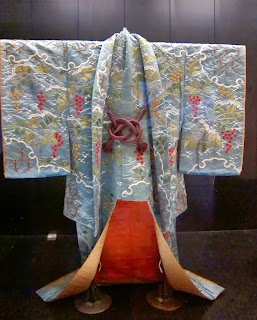 After that we ate lunch at a French restaurant, then walked through the Yanaka district, one of the only areas of Tokyo undamaged during World War II, and home to many traditional wooden houses. There, we visited the workshop of Allan West (first photo below), an American transplant who paints folding screens and other media using traditional Japanese methods and materials. Then we walked through a large Buddhist graveyard (second photo) to the traditional shopping district of Yanaka (third photo). After returning to the hotel, we bought some takeout sushi from a nearby deli, ate it in our room and crashed early, to recover from jet lag. 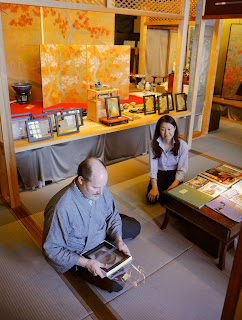 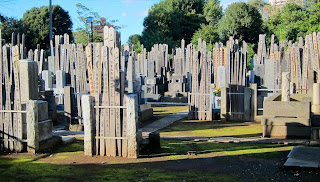 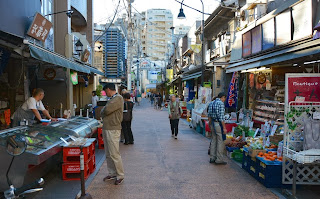 The next day, October 17th was transportation discovery day as we rode the subway (first two photos below--notice all the smartphones in the hands of the passengers), a JR (Japan Railway) train (third photo--the green uniformed men will rush in and clean it in a few minutes before we board), a monorail (fourth photo, from inside), and a local train (fifth photo) to Kamakura. 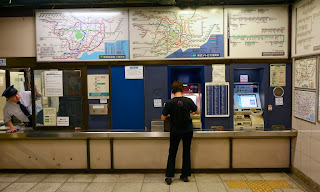 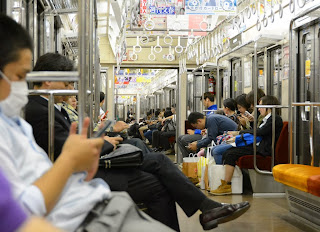 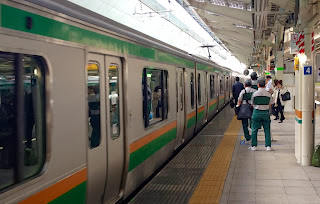 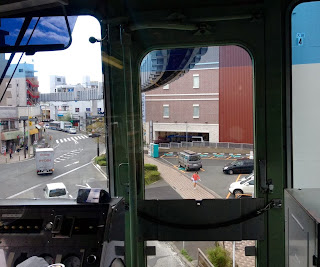 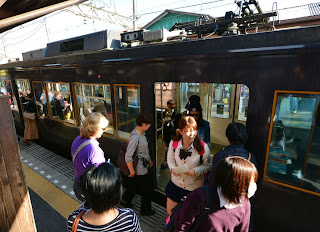 In Kamakura we saw the Daibutsu, a huge bronze image of Buddha that we could go inside (first photo below). While there, Japanese schoolgirls practicing their English came up to me to ask some questions and take a photo (second photo--Neil is making my rabbit ears). 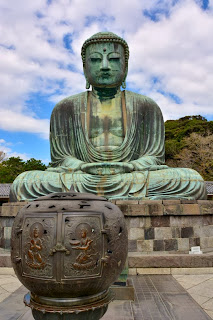 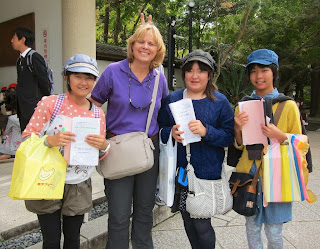 Then we went to the Hase Kannon Temple, famous for its large wooden statue of Kannon, the Goddess of Mercy, and its beautiful garden (first photo below). The temple also houses hundreds of small Jizō statues, placed by parents mourning offspring lost to miscarriage, stillbirth, or abortion (second photo). 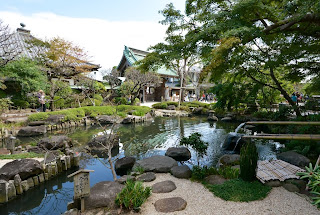 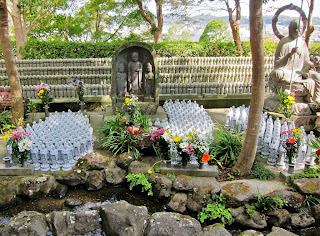 After a beautiful lunch of Japanese specialties (first photo below), we went to the Tsurugaoka Hachiman Shrine (second photo). Then we strolled along the mile-long shopping street leading up to the shrine. ALL of the Buddhist temples and Shinto shrines we visited in Japan had shops lining the approach street, but this was the most extensive shopping district we saw. 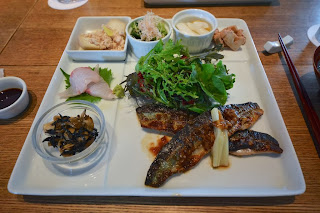 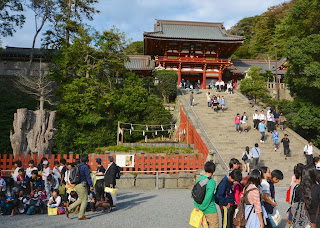 Upon returning to Tokyo, Neil and I broke off from the tour to ride the subway to the Tokyo Sky Tree (first photo), the tallest structure in Japan. We rode the elevator to the top to see the magnificent views (next two photos), then had a late dinner at an egg pancake restaurant (last photo) in its shopping mall where the food cooked in the center of our table. 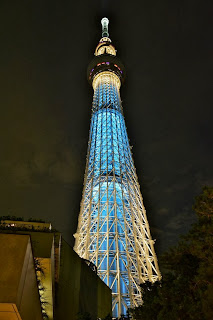 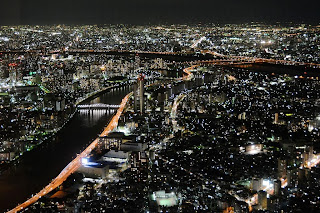 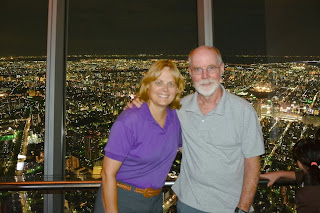 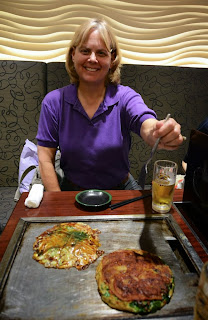 More on Friday!
Posted by Beth Groundwater at 4:00 AM

Hi Beth,
Thank you for sharing your beautiful photos! A tour of Japan is definitely on my "bucket list."
Catherine Dilts